NaNoWriMo is a worldwide, internet project for creative writers during the month of November. It was established on July 1999 by freelance writer Chris Baty and moved online in 2000. Its objective is to motivate writers to write their novels and overcome writer’s block. The set goal is 50,000 words at the end of the month, but participants can create their own goals, going higher and lower based on their own needs. 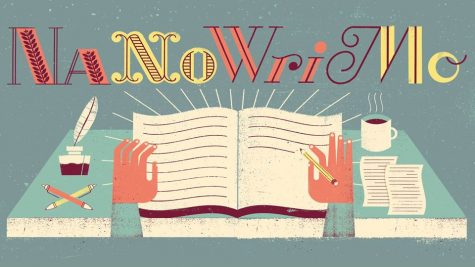 The community of the event is encouraged through forums and inspiration boards to assist writers and connect with peers. Participants can earn Personal Achievement Badges and encourage each other through becoming Writing Buddies.

No official awards are given for any category. If a participant reaches 50,000 words they are declared a winner, added to the list of winners, and a printable certificate and an icon they can use on the web. This encourages people to invest themselves in their work and stamp out any incentive for cheating or plagiarizing.

In 2011, they started Camp Nanowrimo for the months July and August where it has the same concept as the main Nanowrimo except instead of the forums and references the writers can join a cabin which is a group of up to eight writers where they can set up a group message board, visible only by members of that cabin, and are able to set up their own word count goal.

In 2013, the program set up NaNoWriMo’s “Now What?” for January and February designed to help novelists during the editing and revision process. In order to participate, writers are required to sign a contract with NaNoWriMo promising to be commited to revisiting the novels they wrote in November, and attend Internet seminars where publishing experts and NaNoWriMo novelists advise writers with cleaning up their drafts. Participants compare editing notes and communicate with agents and publishers on Twitter via the hashtags and encouragement and advice by authors, editors, and agents are on NaNoWriMo’s blog. The point of “Now What?” Months is to get novelists published, while the main event of NaNoWriMo is to get the words out and written.

There have been one hundred NaNoWriMo novels published through traditional publishing houses since 2006. Among them are Fangirl by Rainbow Rowell, Cinder by Marissa Meyer, and The Darwin Elevator by Jason M. Hough.