Conspiracy Theories: Valid Or Not? 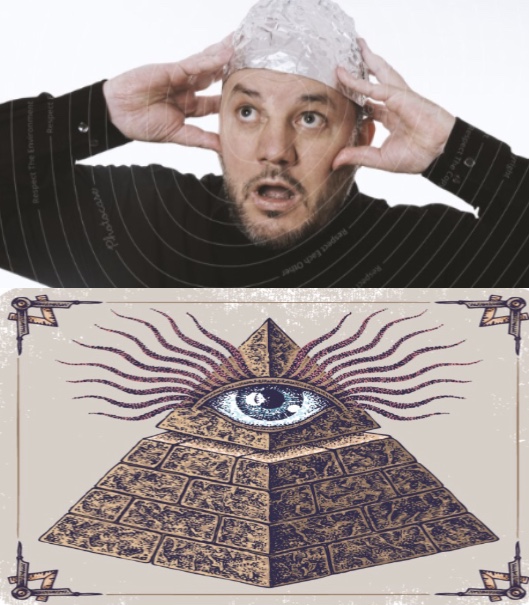 Conspiracy theories have exploded in recent years when discussing important events. (edited by me).

Conspiracy theories are beginning to become more and more common within public discourse, and I felt motivated to talk about some of them. Some conspiracies are light hearted and silly such as the Loch Ness Monster hiding under Loch Ness in Scotland, or that Wyoming is secretly a government run facility, and not an actual state, but others are more sinister, such as the 9/11 terrorist attacks being staged by the U.S. government, and former President Bill Clinton being part of a secret child abuse ring. Some people in media and government seem to dislike conspiracy theories a lot (I wonder why???) but I’m rather fond of them. Obviously, people lie and cover things up, and I enjoy exploring alternative explanations for the things that go on in the world, however silly they may be.

There’s a conspiracy theory for just about every major event that occurs, but I decided to focus on eight of the most popular ones. Those include the theory that JFK was assassinated by the CIA, Area 51 hosting aliens or alien technology, the moon landings being faked by the U.S. government, the 9/11 attacks being staged by the U.S. government, 2Pac’s death being faked and is hiding in Cuba, President Trump colluding with the Russian government to win the 2016 election, President Clinton being seriously involved with Jeffrey Epstein’s child abuse ring, and the existence of the Loch Ness Monster.

I have my own personal opinions on all of these conspiracies, but I decided I would rather hear what others had to say about them. In order to get a consensus, I decided to survey multiple people of a wide variety of age groups on multiple platforms on whether or not they believe in these conspiracy theories, here are the results;

One of the most surprising things to me was how many people decided to buy into conspiracy theories. A lot of them seem rather silly such as 2Pac’s death being faked, but 23% of people still believed it to be true. That being said, I’m sure some people’s votes were jokes and weren’t serious, the survey I did was far from a scientific poll, but I’m fairly certain some of the people asked truly do believe 2Pac is alive and living out his days in Cuba. I found this odd, and so I wondered why exactly people end up believing in conspiracy theories.

I believe a lot of it has to do with the news media, corporations, and the government. All three are extremely powerful institutions that have a massive influence over the way society thinks and how it works. They also tend to work together quite frequently for the same goals. Some people are well aware of this fact, and so they feel inclined to simply disagree with whatever any of these institutions say, as they believe that they may have malicious intent against those not in the loop. I find this line of thinking somewhat reasonable, and I have often found myself thinking the same thing depending on the issue. I think this also pairs with the idea of “fake news.” Not that there’s disinformation going around per say, but that there are stories and narratives that get artificially boosted, which later are proven false. People simply have a lack of trust in the institutions we used to value.

I don’t think the amount of conspiracy theories will go down anytime soon, but I hope they do, as much as I enjoy hearing them. That would mean that people start to believe in these important institutions again and that people would be happier, with less to worry about. Or perhaps that would mean the conspiracy theorists were correct and that too many people blindly follow what the news, government, celebrities, and corporations tell them without question. Who knows?