Are Referees In Sports Biased? 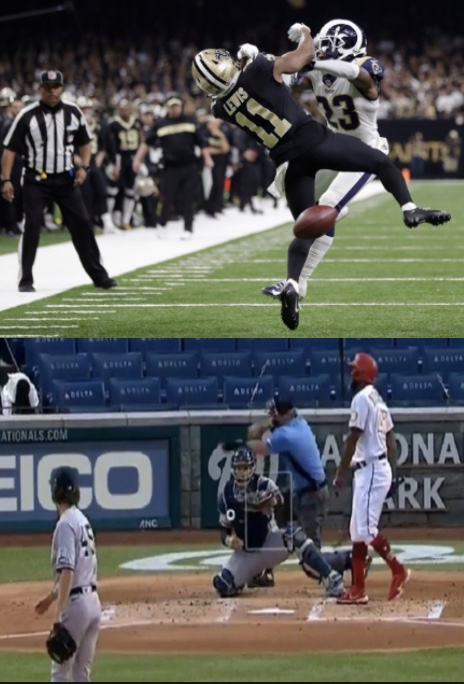 Some of what are considered the most questionable calls of the decade. (edited by me.)

An age old question, and one that often gets asked by sports fans. A recent argument over text between my dad and my uncles inspired me to write about this topic. My dad is of the belief that referees don’t necessarily rig games completely, but that the higher ups in the sports leagues tell the refs to tip the scales and nudge the game to go in a particular direction. Neither of my uncles believe there is a widespread network to manufacture outcomes, and that any bad calls are simply due to human error and natural biases. It’s a complicated question, and so I figured I would try and figure out the answer, to the best of my abilities.

The claim against officials being bad actors in determining games would be that it is simply too difficult to create a large network and manage to line up games exactly where higher ups want to. There are too many variables that occur in each individual game throughout the entire season, and it would be nearly impossible to get the exact matchups that would maximize profit and ratings. All it would take is one wrong outcome, and the whole operation would fall apart. Plus humans have the capacity to have internal biases, and they can misinterpret the things they see. While there may be natural biases in a particular direction, it would not be because there is a grand scheme or plot by the elites to micromanage sports leagues for profit.

Of course, there is a case against this as well, and some former referees have even testified to such.

Former NBA referee, Tim Donaghy, was able to make large amounts of money based on games he officiated, and even got a felony for it. Donaghy claims, “Obviously I bet on games I officiated. I passed on information based on the meetings that the referees were having, and based on what the league office wanted us to call in playoff games. With that being said, I was able to win at a high percentage when we were betting on NBA games.” Assuming Donaghy is being honest, it is pretty damning evidence that there was some serious coordination among the league and referees at a point in time. However, one could argue that it was an isolated incident and that other officials have not been revealed to have been in on a scheme like Donaghy was.

In order to lay this question to rest, I decided to contact my grandpa to settle the argument between his kids.

Gene Williams has been alive for a very long time, and has watched many different sports throughout his life on a daily basis. His answer was much anticipated, and he stated, “I don’t believe they are biased. When some call needs to be reviewed, there are always 3 or 4 of them that come over there and review it together. I think when there’s that many people, it would be hard to make a really bad call. Most of the time, I think their judgement is correct.”

It’s an important point that very rarely the game ever comes down to just one person, there is a big crew.

When asked why certain people may feel that referees are biased, Williams said, “The only way I see why people think that is because the call goes against their team. If there’s a close call that could go either way, and doesn’t go in your team’s direction, it is easy to see why they could feel if they are being cheated. But being a ref is difficult, and while they can certainly make bad calls, it’s just part of the job. Nobody will get everything perfectly , but again, there are plenty of other people watching the play that have lots of technology, making it so a crucial play doesn’t just come down to the judgement of one man.”

In conclusion, it is very much a complicated question and you can make a convincing argument for both sides, and it is still an ongoing question among sports fans. Regardless, we all wish for referees to be as fair and impartial as possible, because if they weren’t, many of the classic moments in sports and the enjoyment we all have tuning in, would be severely tainted, and that would be a massive shame.