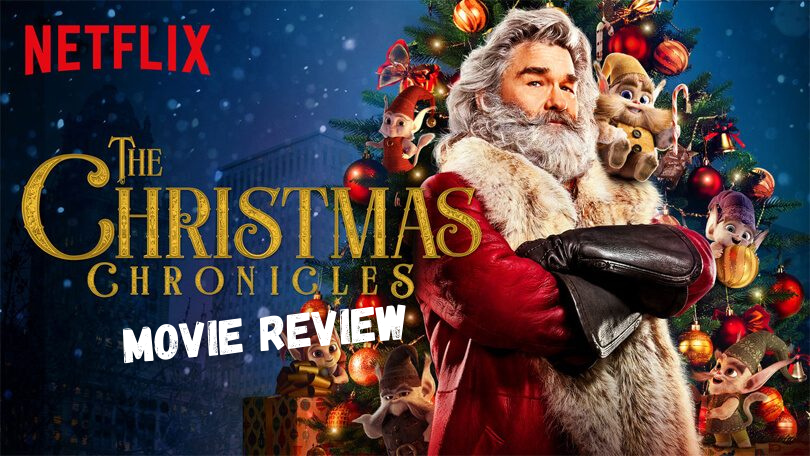 Since it’s December and almost Christmas, why not lift the holiday spirit even more by watching Christmas movies? Here’s one you should watch.

The film was set during Christmas in Lowell, Massachusetts and follows the Pierce family. The Pierces were a family of four, until one day, the father died.

On Christmas Eve, their mother got called to work, leaving Teddy and Kate in the house. While watching old Christmas videos, Kate notices a strange arm appear out of the fireplace.

Kate believed that it was Santa so she showed it to her brother. The siblings made a trap in their living room and put a hidden camera.

The two fell asleep and suddenly, heard the bell of their trap. Kate is woken up and sees Santa in the living room. However, he escapes to the roof. Kate and Teddy followed him. Kate wanted to get a closer look at the sleigh so she went in it, leaving Teddy no choice but to follow her. Santa rides off with the siblings in his sleigh.

When Santa saw Kate and Teddy, Santa and the reindeers were startled causing him to lose control of the sleigh and crashes to Chicago, losing Santa’s hat and the bag of presents.

Santa introduces himself to Kate and Teddy and told them that he has to get back to delivering the presents or else the Christmas spirit will go down. The siblings volunteered as Santa’s helpers and this is when the exciting yet memorable adventure begins.

In the end, Santa was able to deliver all of the presents just in time for Christmas. Kate and Teddy got back home as soon as their mother arrived from work.

I asked Ashley Mesina about her thoughts on the movie and she said it brought a strong Christmas spirit. Mesina’s exact words were, “Actually, I didn’t feel it until I watched the movie. I am thankful for this movie, although I’m already in my last year of high school, I felt like a kid again.”

Because of her heartfelt thoughts, I asked if she learned anything from it. She said, “I learned that Christmas is truly dedicated to our family, and with this movie, I came to appreciate my family more. We should never forget to take time to breathe and be thankful.”

Marianne Silvestre also delivers her thoughts about the movie. She said, “This movie inspired me to not let go of our Christmas traditions, no matter how old we are. It made me revive good old Christmas memories.”

Silvestre shared more of what she learned from the movie. “I learned that we work for what we wish for. Although there is no cost to desire for something, to make it come true, we need to exert some effort. Like what the main casts did when they fulfilled their mission of reviving the essence of Christmas,” she stated.

With that, I hope you watch the movie. I’m sure you’ll enjoy it. It’s not too early to say this so, Merry Christmas!