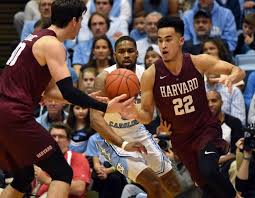 As the corona- virus continues to affect people’s daily lives, news of current events are often disappointing. Sports such as basketball and football started up earlier in the year as fans rejoiced the return of their favorite pass- times and livelihoods. This feeling and privilege didn’t last long thought, as Ivy league winter sports have been cancelled until next spring.

Earlier this year in March the Ivy League was the first to shut down its sports for spring in leu of the pandemic to help fight the spread and uprising in case numbers. Now it’s the first among the few to cancel its winter sports, such as men’s and women’s basketball, hockey, wrestling, track, etc. Now with these events cancelled for the time being, coaches trainers and athletes will have to adapt to a new method of training. Council members also weighed the consequences of this action, considering it a sacrifice by the athletes for safety and lasting health.

This actually affects student athletes like me and my basketball season as well. An interview with Roosevelt High School basketball coach Stephan Singleton voices his view on the situation.

C.J: “The Ivy League just moved its season as well, up until spring. We’re doing the same thing over here in Eastvale, but it’s really affecting players.”

Singleton: “Yeah C.J, we went back into purple maybe  two weeks ago, so chances are that our season is going to start in March. As of right now it’s hard enough getting the opportunity to condition. Some of the team is slipping in grades or participation, something I wouldn’t see as often in normal school; yet it’s for the safety of others right now.”

Many people, besides the league, share a similar mindset when it comes to the safety of their audiences, although this is at the sake of the athletes’ performance and play time, sacrifices are made for the good of the people.