The release of the PS5 is around the corner, and fans await all of it’s new specs and features. Although the era of the old consoles are coming to an end, the PS4 is still receiving updates. Whether beneficial, or unhelpful, the console’s new chat update and regulations has sparked some controversy. 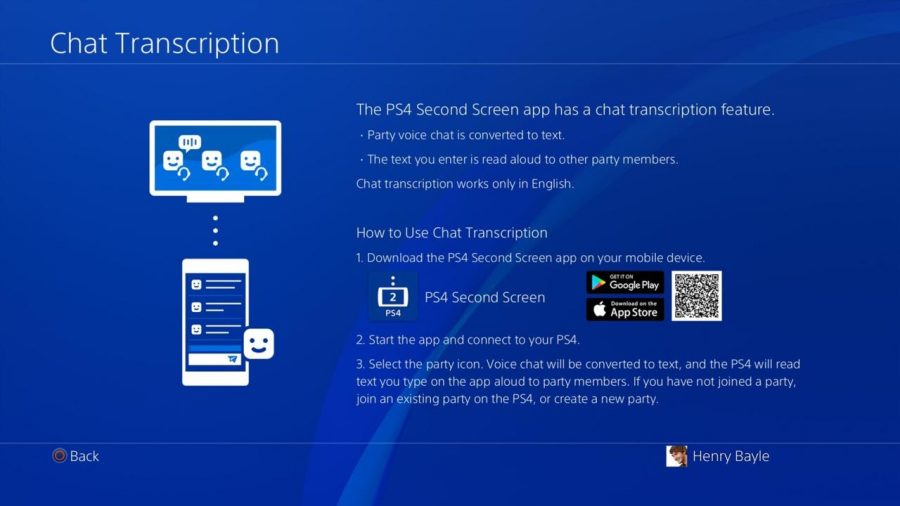 With 2020 already being a controversial year in and of itself, this new update adds on to that collective. Head of the global consumer experience division Catherine Jenson informs the community that their chat parties are going to be recorded.

Although this is only via someone being reported, it still bothered those who play online. The sole purpose is to help report inappropriate behavior and actions that violate code, which on paper sounds like a necessary idea. People have concerns about this update though, with other large corporations such as Apple and Google already recording your voice for their database, many are uncomfortable with the idea.

There are also complaints regarding the freedom of speech and “trash talk” being taken away from the console. Gamers, whether casual or pro, typically like to tease or poke at each other in fun of the game; with this becoming a potential violation many feel as if they can’t express themselves as much either.

My father, Charles Howard, worked at Sony, specifically on the Sony networking system. A small interview with the older generation may provide insight on how they’re taking criticism.

C.J:” The new update, for some it’s not a big deal and for others it’s a reason not to play anymore. What’s your take on it?”

Charles: “Well I’m not fully into gaming like you younger guys are, but it’s geared to lessen bullying and harassments; you and your friends make fun of each other because you have an understanding of each other. Random people online may not know your intentions.”

C.J: “Ah I see, that makes more sense, During the Xbox 360 era “Trash talk”  was the heart of the chat party experience, so some feel that that is lost. In a way it is, since this generation may not take it the same way.”

Charles: “All generations respond differently, hoping this little add on encourages a safer environment without sapping away the experience.”

The most important aspect of this is that others may not take your friendly harassments like you intended it, therefore since the update effects parties, (typically with people one knows) the problem is minimal.