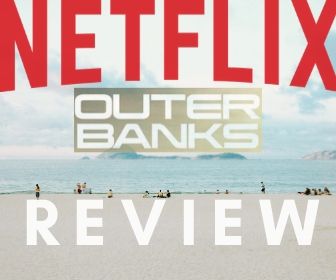 On April 15, 2020 Netflix released a brand new show named, Outer Banks, about teenagers living on an island and experiencing the amazing adventures. The show includes 10 episodes with about one hour each, and #2 in top 10 U.S. Today, with the main characters as John B., played by Chase Stokes, JJ played by Rudy Pankow, Sarah Cameron played by Madelyn Cline, Pope played by Johnathan Daviss, and Kiara played as Madison Bailey.

The story is set on an island, where two social-economic people live, the impoverished are called the Pogues while the wealthy people are called Kooks, these two different groups do not particularly connect well. In this story four Pogue friends, find a boat sunken in the ocean after a hurricane, which leads them to an adventure of searching for an old shipwreck of more than 100 years called the Royal Merchant which holds 400 million dollars of gold. These four friends find an insane amount of obstacles, and find new friends along the way, the show casts many thrilling adventures to find the gold that has been buried all these years. Madison Swanson, an ERHS student gives her view on the show,” I was on the edge of my seat throughout the whole show, very exciting.”

Daniel Alsky delivers his thoughts on the tv series, “I was not expecting to be into a show and enjoy it so much, it was surprising to me.” Swanson adds her favorite part of the series,” The last scene is a cliff hanger, which is so promising, but I am so ready for season 2!” Alsky expresses his connection to the show, “Since, the teenagers are my age I could relate on a personal level with many of the characters.”

Since everyone is at home, this is the perfect time to sit down and watch an adventurous show, and Netflix has already announced that a new season will be happening in 2021!