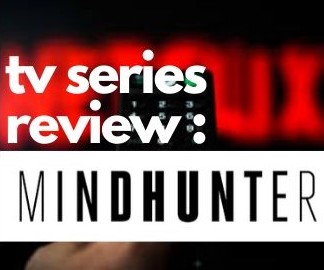 Netflix's show, "Mindhunter," to announce the show and its amazing show.

Netflix has created many shows throughout the many years their streaming service has been present, such as Stranger Things,Orange is the New Black, and so much more. In 2017, Netflix released an interesting new show named Mindhunter.

This show is based on true events, set in the 1970’s where serial killers were being more popular, but no one really knew why these mass murders were killing, and so the F.B.I., decided to investigate the psychological aspects of these killers.

The main character Holden Ford, played by Jonathan Groff where he specializes in hostage negotiation in the F.B.I., and he would talk to calm down anyone who was keeping people hostage, or wanting to harm anyone. He is assigned with Special Agent Bill Tench,played by Holt McCallany, to travel to many other police stations all over the nation and teach others about psychology, to relieve ignorance. While on these road travels, Ford decided to look into these prisons, where infamous serial killers were kept, and interviewed them.

Over the course of many years they collect data, but Netflix has only released a second season which released in August of 2019. Many fans are expecting a third season but, Netflix has not openly spoken, but all actors are released from their contracts.

A new member of the fandom, Faith Mitchell speaks about the he thoughts on the  show, “When I first thought about the show I originally imagined your typical crime show that investigates and solve murders but it  turned more about about the art of how to control situations by getting deeper into the mind of the villain.”

Robert Shields has also been keeping up with the new episodes since the shoe came out, “What makes this show unique is it’s a story about how logic was used to apply order to incomprehensible acts of violence.” Mitchell also adds on how the show is unique,

“The idea that we don’t see shows like these anymore, they have slowly evolved with the same structure of catching the killer.”

Many people enjoy this show by receiving 97% of Rotten Tomatoes, Shields further presents his opinion rating on the show,”I would rate the show 8 out of 10. I found the series to be interesting throughout and I’m really hoping there will be a third season at some point.”